It doesn't always have to be high-tech – many gun enthusiasts rather enjoy the classics of gun history. But legal requirements for a firearm collection, or even the finances necessary for rare pieces, are not always available. With the "Legends" from Umarex and other replicas, you can fulfill your dreams at a reasonable price. Here are some suggestions.

© 4komma5.de
One of several versions of the P08, here with blowback action and functioning toggle-joint mechanism, for .177/4.5 mm steel BBs. A CO2 pistol in metal version.

In recent years, there have always been a few secret stars at Umarex's IWA booth – not the latest technology, but the flair of times long past appealed to many visitors, who were always curious to see which classic firearms the German company had included in its catalog this time as CO2 guns available free sale over 18 years old  in most countries.

Unlike many other models built under license from the original gun manufacturers such as Colt, Smith & Wesson or Walther, these were mostly manufacturer names that had long since ceased to exist. Under the "Legends" brand with the corresponding metal logo, however, they always found their audience interested in firearms history.

There are also other manufacturers who have dedicated themselves to the revival of former successful models in a free sale version.. 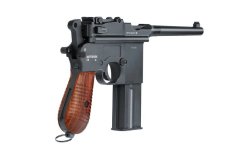 The C96 was once developed at Mauser, one of the first self-loading pistols – today marketed as a CO2 version under the "Legends" brand for licensing reasons (and almost out of stock).

You have certainly heard or read about one or the other of them in recent years in trade show reports or in the trade press. The Webley MK VI revolver with magazine shells based on the original has already been shown on all4shooters.com.

The "Parabellum Pistole, System Borchardt-Luger" developed by Georg Luger in 1899 is more casually known as the P08. Hugo Borchardt designed the unusual principle of the toggle-lock action: on the Legends version (Umarex model number 5.8142) this is even functional – you can grasp the toggle with the other hand and "load through" true to the original.

Whether Walther, Webley, Colt & Co: brand names are sometimes more popular with customers, but so are legends

The Walther P.38 pistol, the predecessor of the Bundeswehr P1, is also available as a CO2 version and with the original markings because Carl Walther is a subsidiary of Umarex. For today's eyes, the C96 looks rather exotic with its "broomhandle". The 20-round magazine is removable and holds steel BBs in .177/4.5 mm caliber and a 12-g CO2 capsule. The C96 Full Metal operates with a single action trigger, has a trigger safety and an adjustable rear sight. Currently, Umarex no longer lists it on their website, but you can still get individual models here and there. And as you can see from the prices, these collectibles are truly not expensive. When then, if not buy now? 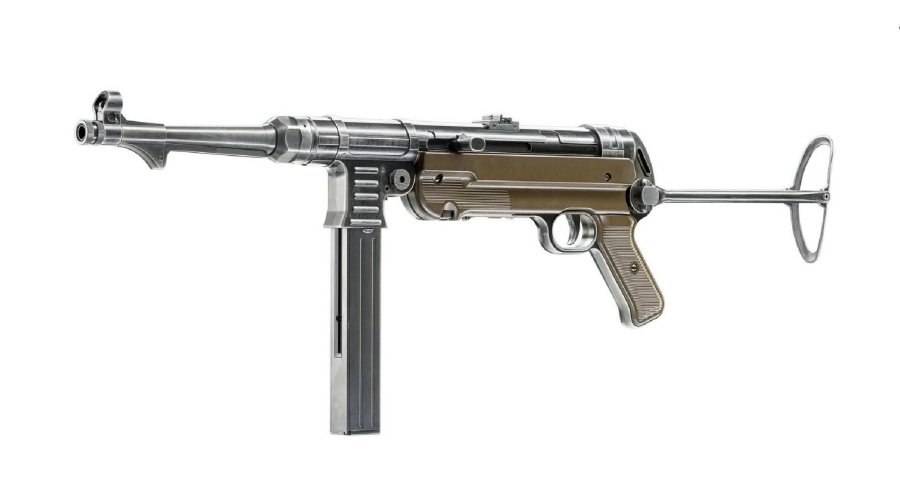 The MP German distributed by Umarex with folding stock and CO2 system. Here as "Legacy Edition" in "used look", artificially aged. The MP German is operated with two 12-gram CO2 capsules and fires semi-automatically 50 steel BB's in .177/4.5 mm from its magazine, with impressive blowback effect and sound.

We at all4shooters.com simply want to draw your attention to this special type of guns with this compilation, because most new owners of such guns often deal with firearms history for the first time. And firearms history is, again – even if some will roll their eyes – now also a cultural asset, a part of human history and therefore also worth preserving, even if it is through faithful replicas of live firearms.

Nice contrast between wood and metal: the Legends M1A1 aka "Tommy Gun".

One could go on for a long time listing the many different models based on historical models, but there are not only pistols (or in the case of the Colt Single Action, revolvers too). In the Legends series, some long gun classics have also been reissued. For example, the Umarex replica of a famous German submachine gun, the "MP German" caused as much enthusiasm among collectors as hobby shooters as the American "Tommy Gun". Officially titled the M1A1, this Legends gun relies on heavy all-metal construction and a powerful blowback. It weighs in at a whopping 3.5 kg and is powered by two 12-g CO2 capsules.

The operating principle of the Legends Cowboy models: the magazine shells filled with a BB pellet are inserted like real cartridges and ejected when empty.

If you want to leave the 20th century behind you historically as well and rather be transported back to the time of the Wild West, you will also find some CO2-powered classics and thus free to buy from 18 years. In addition to the already mentioned Colt revolvers of the Single Action Army (SAA for short) model, there are the famous underlever repeating rifles here. The "Legends Cowboy Rifle", which is available in various finishes, from brand new to antique looking, works like the SAA revolvers with magazine shells, in each of which a BB pellet is waiting. After firing, the empty case flies out sideways when repeating (see picture) – it doesn't get any more real than that...

All models shown are free sale in most countries from 18 years, but always check your local laws. When shooting BB steel bullets at hard targets (metal, glass), protective goggles are also recommended because of possible ricochets.

Subscribe to the Newsletter
This article is also available in this language:
DE
Click here for more information on the topics:
UmarexCulturePistolsRevolverGECO
That might interest you too: 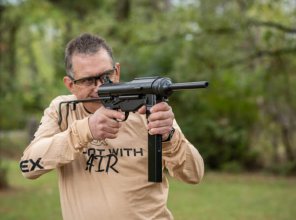 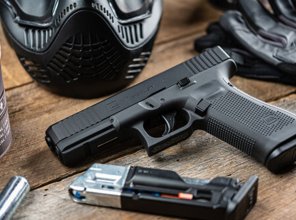 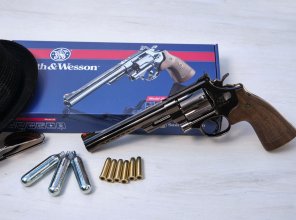 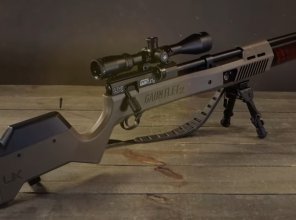 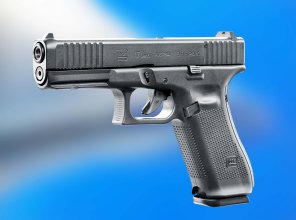 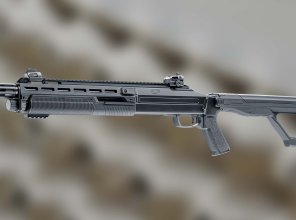 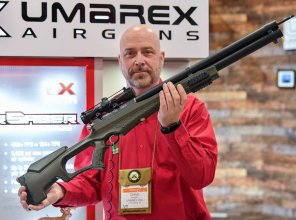 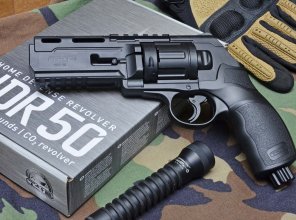