On March 31st 2017, Transcrime, Joint Research Centre on Transnational Crime, announced that the final report and the other deliverables of the FIRE Project were published on its website 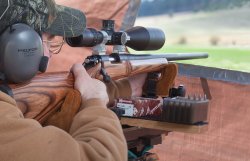 Oleg Volk
Illicit trafficking of firearms (ITF) through Europe has nothing to share with legitimate possession of civilian firearms.

Project FIRE (Fighting illicit firearms trafficking routes and actors at European level) is an initiative started in 2015 by Transcrime - Joint Research Centre on Transnational Crime (Università Cattolica del Sacro Cuore in Milan, Alma Mater Studiorum Università in Bologna and Università degli Studi in Perugia) aimed at improving the knowledge on illicit trafficking of firearms (ITF) through Europe, with a focus on routes and actors, and to suggest a range of recommendations and practices in order to tackle it.

AFEMS (Association of European Manufacturers of Sporting Ammunition) and IEACS (Institut Europeen des Armes de chasse et de Sport) have been involved in the project as Associate Partners since the beginning, providing data and technical expertise. 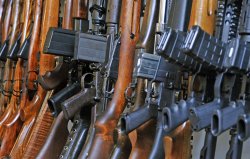 This is the first study being conducted in Europe to analyze the real phenomena of the illicit firearms trafficking and shootings in EU28.

Its results are very interesting as they show considerably lower figures than the several estimations circulated so far by other research institutes and NGOs.

To download the final report and other deliverables: http://fireproject.eu/news-2/ 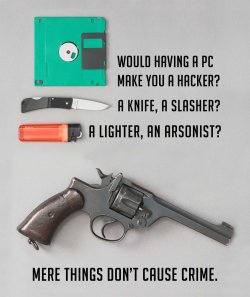 Oleg Volk
Owning a gun does not make you a murderer...

AFEMS is the Association of European Manufacturers of Sporting Ammunition. It is a non-profit organization based in Brussels which was set up in 1951 to continue the work started in 1898 by the International Ammunition Convention. AFEMS is a Europe-wide association.

Founded on the principles of cooperation and dialogue, it provides a forum for its network of members, a hub of information on sporting ammunition and a means of responding effectively to technical, scientific and legislative challenges.

Subscribe to the Newsletter
This article is also available in this language:
DEIT
Click here for more information on the topics:
CultureAFEMS (Association of European Manufacturers of Sporting Ammunition)
That might interest you too: