Fine antique and modern arms to be auctioned at Hermann Historica on June 22, 2022

On June 22, 2022, Hermann Historica will auction off a rich catalog of fine and antique arms that will see nearly nine hundred lots pass under the auctioneer's hammer. The online catalog can already be found on the Bavarian auction house's website, and our advice is to browse through it to feast your eyes on the rarest pieces.

A contribution from Giorgio Brancaglion06/19/2022

The activities of the German auction house Hermann Historica, which specializes in the sale of collectible, rare and antique arms, continue. The next event is June 22, 2022, with the "Fine antique and modern firearms" auction.

As usual, we would like to give you some previews of the most interesting lots that will be offered for sale. However, we recommend that you consult the Hermann Historica online catalog if only to enjoy the beautiful high-resolution photos illustrating it and showing in detail the firearms and other items for sale. Browsing the catalog is free and requires no registration. 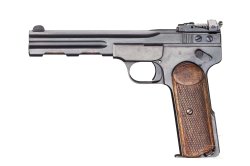 Lot 9751, Langenhan prototype pistol in 7.65 Browning caliber, with holster stock. The gun is unmarked and bears serial number 2730, and is believed to be a version intended to enter the competition for adoption by the German Army, later won by the Mauser C96 and Luger. manufactured from 1914 to 1917, this blowback-operated pistol was nonetheless adopted by Germany's armed forces during World War I. The gun carries the classic, very optimistic sights of its contemporary military pistols, with adjustable tangent rear sight up to 500 meters. The magazine is a single-stack ten-round type, with side holes to check the number of cartridges, and as befits a military pistol, there is a lanyard ring at the base of the grip. Bluing is 99%, but probably not original. The starting price for this rather enigmatic gun is 3000 euros. 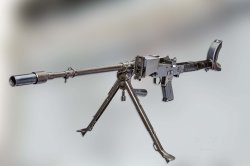 Lot 9760 is an unusual deactivated example of Granatbüchse Modell 39 grenade launcher rifle in 7.92x94 caliber used by the German army in World War II. Obtained by modifying the obsolete PZ.B.39 anti-tank rifle, this single-shot rifle with a falling block action used a cartridge with a wood bullet to propel a grenade inserted in the cup at great distances. The gun proved very effective as an infantry support weapon. Its limitation was the weight of over 12 kilograms, which made it inconvenient to carry. This deactivated example is in excellent condition, with 98 percent of the original finish. The gun is equipped with the same bipod as the MG34 machine gun. The starting price for this unusual piece is 4800 euros.

9813) A suppressed version of the German P38 pistol made in the UK for Saudi Arabia – very strange indeed.

Lot 9813 is a real curiosity, it is in fact a silenced P38 pistol in 9mm Luger caliber manufactured by Spreewerk and fitted with a fixed suppressor. This gun bears British proof marks and was assembled from parts manufactured during World War II. The British firm Cogswell & Harrison, which was specialized in conversions, reportedly made ten P38s equipped with a permanent suppressor at the request of Saudi Arabia in the immediate postwar period, but the guns were never delivered. This one, with serial number 1513 (marked in Britain) is one of those ten pieces. Hermann Historica is auctioning it off for as low as 2,400 euros. 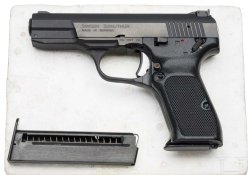 Lot 9371 is a pistol that owes its rarity not to war events or reliability problems but to a legal dispute. It is a 9mm Simson NP20 semi-automatic pistol. The Simson company in Suhl, Thuringia, was founded by Jewish entrepreneurs who were expropriated by the German government in 1933. After World War II the plant passed under the control of the Soviet bloc and was used to manufacture mopeds. After the fall of the Berlin Wall the company tried its luck in the arms business again with this replica of the Chinese Norinco 77 pistol, dating from 1995; at the same time it had also begun production of a "made in Germany" version of the Soviet Makarov pistol. The heirs of the Simson family, who had taken refuge in the United States, successfully opposed the use of their name and had gun production discontinued. The example that is for sale at Hermann Historica has serial number 10; on the left side of the slide is the company name "Simson Suhl / Thür." and on the barrel we find the Canadian distributor's mark "SSI ONT CA." The gun is in excellent condition with all original parts and has a starting price of 700 euros.

As always these are meant to be just a few tips for browsing. Hermann Historica's catalogs are all to be discovered, and on the site (click on Buy and then on Current auctions) you will find more relating to Works of art, antiquities, Asian art, Antique arms and armor, and militaria. All that remains is to leave you to the pleasure of browsing through this veritable online museum. 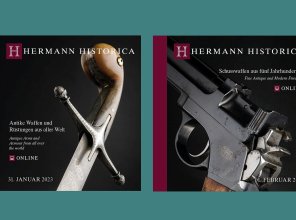 hermann-historica01/06/2023Hermann Historica: antique and modern arms from all over the world in two online auctions – A preview 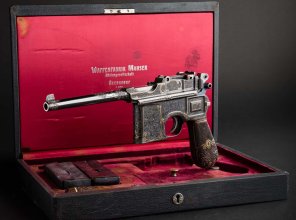 hermann-historica11/06/2022Hermann Historica: handguns are always most in demand at collectible gun auctions 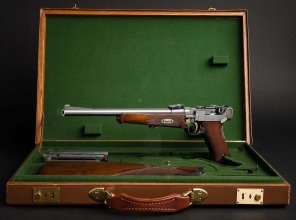 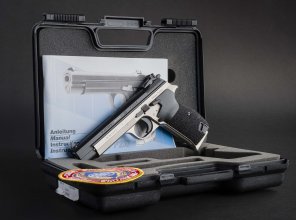 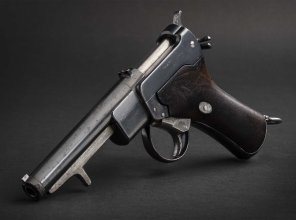 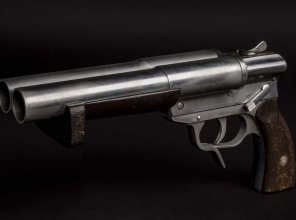 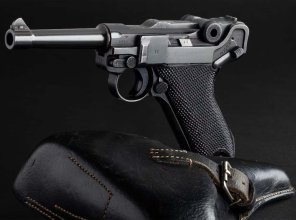