Great success for the new Vicenza Trade Show, dedicated to hunting, target shooting and personal defence, which ANPAM sees as main partners. HIT SHOW represented an innovative business platform for insiders in the reference sector and a pleasant event for enthusiasts 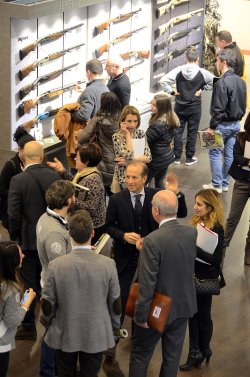 HIT Show hits the target and wins the favour of exhibitors, buyers and enthusiasts. During the three days of the Trade Show, more than 31,000 people visited the Vicentino Exhibition Centre for the new event dedicated to the Hunting, Individual Protection and Target Sports community.

The event, conceived and designed by the Vicenza Fair sees ANPAM (Sports and Civil National Association of Arms and Ammunition Manufacturers, a member of Confindustria), the reference partner and proud of the collaboration of ASSORMIERI and CONARMI.

An extremely positive result, compared to the previous edition of HUNTING SHOW - of which HIT SHOW is the evolution - which last year also included FISHING SHOW (In 2015, for the first time in the calendar year the autonomous Vicenza Fair Salon recorded 11,500 visitors).

Thanks to an innovative trade fair format, HIT SHOW has been able to exploit the world of hunting, target shooting and personal defence, which ranks as a new business platform, a reference point for one of the sectors of excellence of the notion of Made in Italy and among the most in key strategic internationalization. From the beginning, the Vicenza Fair intended to offer HIT SHOW a strong international flavour, offering an excellent organizational capacity and infrastructure ensuring a functional exhibition forefront.

Evolution of the successful HUNTING SHOW organized eight years prior to the Vicenza Fair, HIT SHOW hosted the top brands in the sector of weapons and ammunition for the sports and civil sector, manufacturers of instruments and accessories in personal defence, technical apparel, optics, products for target shooting, the outdoor world and sport dogs. Total of 314 exhibitors - 65% more than in 2014 - including 48 foreigners from 22 countries.

The mobile polygon achieved great success and in general in the sector dedicated to sport shooting, which involved many enthusiasts and presented demonstrations of some of the more established industry champions. Through conferences and seminars, special attention was also paid to the issues of security, culture and environmental sustainability, especially in the world of hunting. 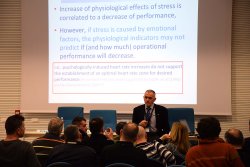 During a certain period of the conference on stress management in situations of danger, an event presented by HIT Show focussed on innovative programs dedicated to Individual Protection

Italy remains at the forefront in Europe in weapons production for sport-hunting and the most important exporter in the world of sporting arms, ammunition and arms, particularly in the US (45%), with an export that touches 90% of all production. The total turnover that revolves around the industry touches 8 billion euro per year, 0.50% of GDP, with about 95,000 employees.

HIT Show has also provided space to many recreational and cultural events, including literary contests and conferences on important environmental issues regarding management and protection as "Unity creates an environment", organized by CNCN, which witnessed many stakeholders involved.

During HIT SHOW, a press conference to present the Italian Game Fair 2015 was also held, which this year celebrates the 25th edition.

For the first time, the only event for an Italian country festival will take place in Grosseto, from May 30 to June 1 in the heart of Tuscany.

Subscribe to the Newsletter
This article is also available in this language:
DEIT
Click here for more information on the topics:
HIT Show 2015Events
That might interest you too: 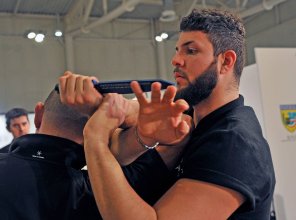 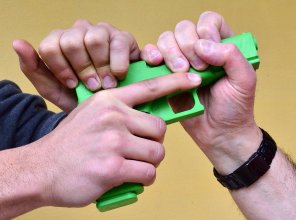