The specialist exhibition for law enforcement, police equipment, security and tactical solutions took place in Nuremberg, Germany, from March 7-8. Here are some highlights about the products and novelties we saw there.

With 242 exhibitors from all over the world and some 1700 participants, Enforce Tac 2018 confirmed a positive trend and its role as a stage where new solutions and products related to  law enforcement, police equipment, security and tactical solutions are showed. The specialist exhibition, which is open to trade visitors from official agencies only, was held in Nuremberg (Germany) in the days immediately before the IWA, from March 7-8. It also offered some top-class conferences, meetings and events, such as the European Police Trainer Conference (EPTC).

Enforce Tac 2018 took advantage of a much larger exhibition area where new products in the area of service weapons, ammunition, ballistic accessories, optics and optronics and vehicles (even UAV and drones) were displayed. Of course, that's means that a really large number of products were showcased in the fair's booths. Some of them had been already introduced in the last few weeks in other specialized exhibitions around the world. Others were real novelties instead. 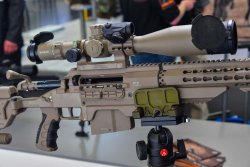 Among the most well-known “big brands”, Steyr presented for the first time to the public the SSG M1. Chambered in .338 Lapua Mag. or .308 Win., it's a highly accurate bolt-action multicaliber sniper rifle featuring a folding, fully adjustable stock, quick-change barrels, a full steel 10-round magazine and ambidextrous controls.

The KeyMod forend sports top and additional  lower Picatinny rails. Trigger is a 2-stage type. Clearly designed for professionals, according to the manufacturer, the SSG M1 is a “new step in evolution of sniper rifles”. 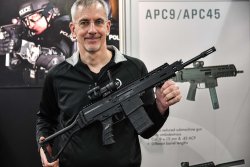 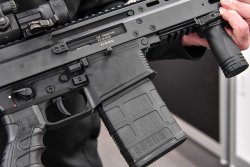 With the other APC rifles it shares the same ergonomics and fully ambidextrous controls. The APC308 is offered in two versions – a carbine version with a 13 in / 330 mm barrel and the APC308 – DMR with a 18.9 in / 480 mm barrel. Operators can choose between five different stock options.

The handguard is KeyMod compatible. The 6-position adjustable stock can be changed with any AR-15 milspec stock and the rifle comes standard with a 20-round plastic Magpul magazine. 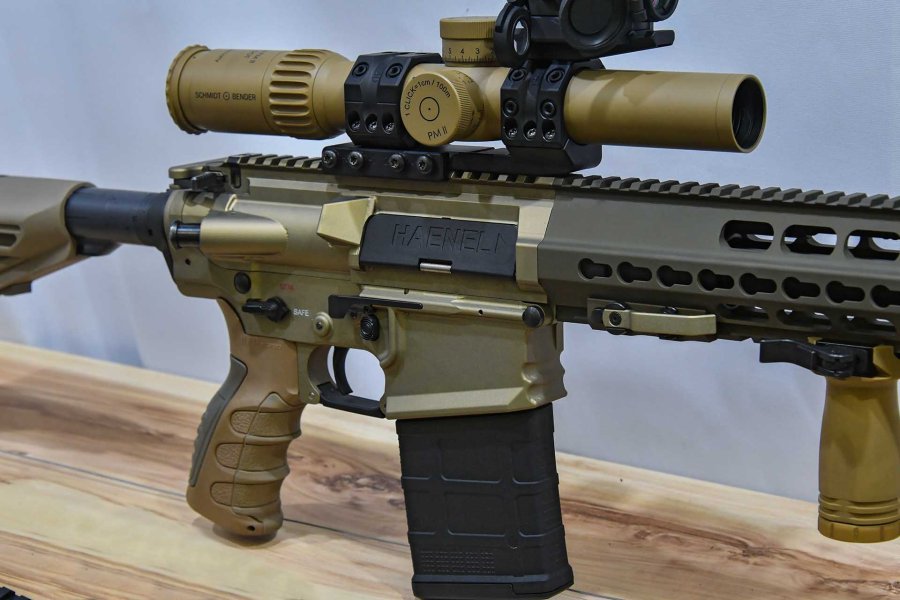 Franco Palamaro
The new AR-15 platform rifle is to complement the CR223 line of products.

Tanfoglio surprised us with a prototype pistol. It's a 9mm semi-striker fired gun, featuring “progressive” front and back serrations, fully ambidextrous controls, low profile sights and three safety systems (manual, automatic on the trigger and firing pin). It's so new that it hasn't even a name yet, but they told us that this new pistol will be available before the end of this year. Let's wait and see. 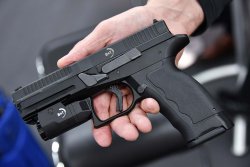 Enforce Tac isn't only for well-established brands, anyway: it also offers new companies and innovation. For instance the Dart system, a next-gen virtual firearms trainer whose best qualities are portability (since it can be used anywhere), affordability (a complete system costs less than 5,500 euro) and easy of use. It's designed for anyone to operate without requiring a dedicated administrator or specialized training and allows you to train more frequently and with more intensity without additional cost.

Subscribe to the Newsletter
This article is also available in this language:
DERU
Click here for more information on the topics:
Enforce TacAR-15Bolt-action riflesB&THaenelIWALaw EnforcementPro-zoneRiflesSteyr Mannlicher
That might interest you too: 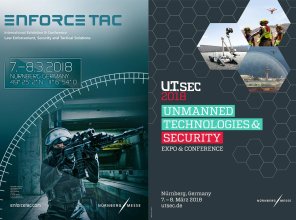 In the run-up to the IWA OutdoorClassics 2018, the ENFORCE TAC and the U.T.SEC will take place on March 7th and 8th, 2018. The latest products and innovations in the areas of duty weapons, operational clothing and emergency vehicles will be presented at the international trade fair for security experts and official security forces. The U.T.SEC. is an exhibition for unmanned technologies. Let us … 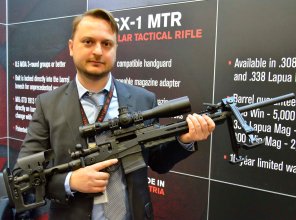