The 10 m European Championships took place in Maribor from March 9 to 12, 2017. The best sport shooters from 46 European countries competed in the disciplines of Rifle, Pistol and Running Target. We are providing you here with an overview of the competition, new records and medal winners. 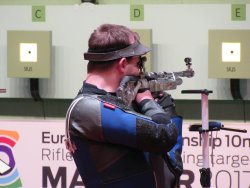 The 2017 10 m European Championships in Maribor was the first major sporting event in the shooting year following the Olympics.

This year’s Air Shooting European Championships of the European Shooting Confederation took place in Maribor, Slovenia, from March 9 to 12, 2017. The international 10 m title bouts for Rifle, Pistol and Running Target were held at the Draš sports facility and the Habakuk hotel complex. A total of 577 athletes from 46 European countries took part in the competitions. For many shooters, this was the first major sporting event in the shooting year following the Olympics. At the very forefront was a gold medal winner at the Olympic Games in Rio 2016: Christian Reiz won the European championship title with the air pistol.

The 2017 10 m European Championships were held according to the new competition rules of the International Shooting Sport Federation (ISSF) – as we previously reported. In addition, the newly created mixed competitions were featured for the excited spectators for the first time. The Mixed Team Events are the result of efforts to have greater gender equality in sport shooting and to ensure that shooting sports remain on the Olympic program. 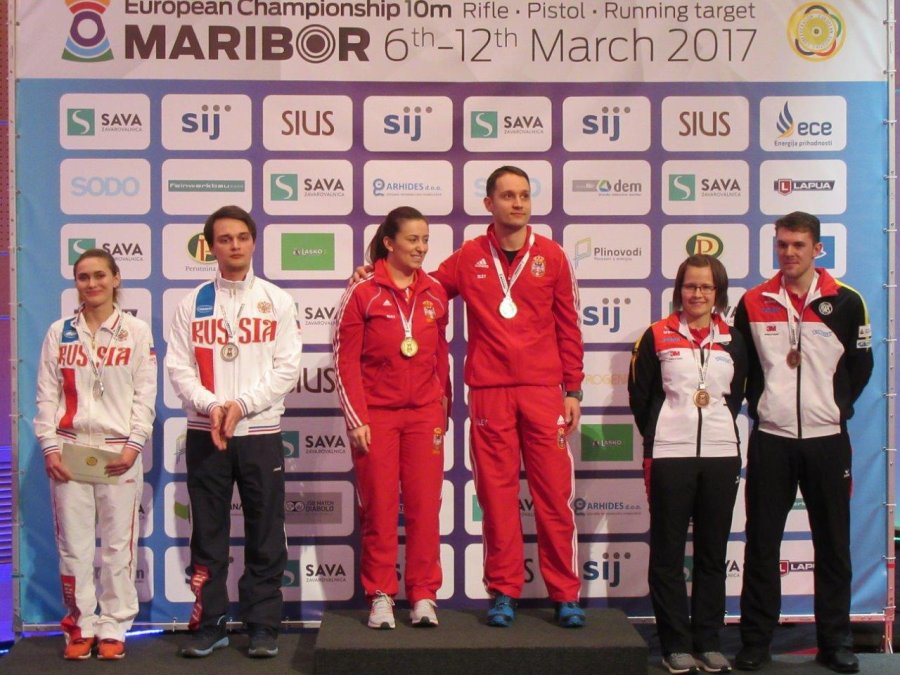 2017 Air Shooting European Championships: The Serbian shooters were able to win the gold medal in the new Mixed Team Events with both the air rifle and the air pistol.

Moreover, a new team competition format was tested at the 2017 Air Shooting European Championships as well, whereby three shooters from each country stand in parallel on the shooting line. The qualification for the medal contest is through a preliminary with 20 shots each and the semifinal. The sum of the ring score of all three shooters is always counted in the preliminary.

During the medal contest, all of the athletes on the two teams – after being announced individually – each fire their shots within 45 seconds. After every shot, two points are awarded for the overall best ring score of the teams, with each team receiving one point if there is a tie. The team that first gets to 21 points wins this innovative team competition – however, the contests held in Maribor were still unofficial.

Results of the 2017 Air Shooting European Championships at a glance

The shooters prepared for the contests with consistent training and an iron will in order to be able to shine with top performances in their prime disciplines. This is why the previous records in a few disciplines were broken over the course of the entire competition.

New World Records at a glance: 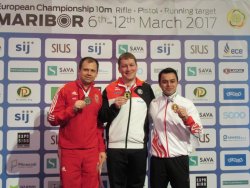 The Olympia champion in Rio, Christian Reitz, not only won the international championship title at the 2017 10 m European Championships, but also set a new record with the air pistol.

All in all, 108 medals were awarded to the best athletes in the various disciplines.

Gold Medal Winners at a glance:

You can gain an overview of all event at the 2017 Air Shooting European Championships for Rifle, Pistol and Running Target in the results brochure of the event organizer.

Subscribe to the Newsletter
This article is also available in this language:
DEIT
Click here for more information on the topics:
AirgunsCultureSport Shooting
That might interest you too: 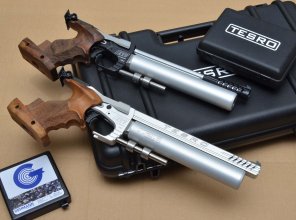 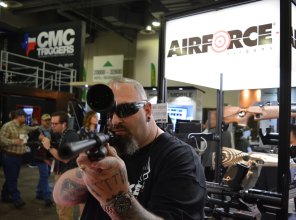