One of the most common and well-known military-issue rounds in the world, the fame of the 7,62x39mm round is indissolubly tied to that of the "Kalashnikov" AK47 rifle

Experts of firearms history generally trace the roots of the 7,62x39mm cartridge to the German 7,92x33mm, a.k.a. 8mm "Kurz" round, of which the Russian cartridge can be considered an almost outright copy in terms of shape and performance.

As a matter of fact, the 8mm Kurz cartridge was first deployed on the Russian front − and both the Russian and the German forces were indeed impressed by its performance. The first Soviet studies that would later lead to the creation of the 7,62x39mm cartridge were jump-started from the reverse-engineering of captured German weapons and ammunition. 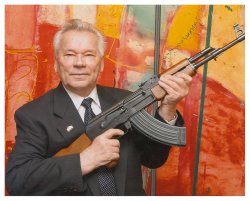 The round was first conceived in the year 1943, and originally issued on the Simonov SKS semi-automatic rifles − although it would later become indissolubly tied to the fame of the Kalashnikov AK-47 assault rifles and all variants thereof.

The 7,62x39mm round was conceived maily for military purposes, and more specifically as an intermediate cartridge for lightweight "assault" rifles that would be easier to handle and operate in the ever-changing world of military tactics. Its ballistic performance was conceived only for human targets, with no interest whatsoever for hunting purposes.

The cartridge is loaded on a short − 39mm long, that is − conic, rimless case. While its "older brother" − the Russian 7,62x54R standard rifle round − would come with a rimmed cartridge and thus be particularly apt for bolt-action rifles, the 7,62x39mm would be optimized to feed on selfloading firearms. The original load also included a Spitzer-type, 123-grains ball, offering a muzzle velocity level ranging around 720 metres-per-second and an initial energy level of approximately 200 Kilogram-meters. 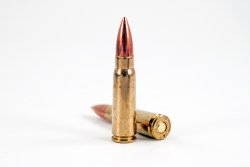 From the archives of all4shooters.com
A classic FMJ, 123-grains ball 7,62x39mm round: the standard military load featured a soft steel core penetrator

Its massive and extensive distribution on all the former Warsaw Pact and otherwise Soviet-aligned Countries had an important effect on its availability on the global civilian markets  – both for sporting and hunting purposes  – as huge quantities of mil-surplus 7,62x39mm ammunition hit them at the end of the Cold War.

The global market is indeed awash with guns chambered in 7,62x39mm, ranging from classic military and former military issue designs such as the SKS and AK variants to typically civilian designs such as the Ruger Mini-30 and others, up to more modern sporting rifles of U.S. manufacture, blending the quintessentially American AR-15 design with the typically Russian 7,62x39mm caliber. Several bolt-action hunting and target shooting platforms chambered for the 7,62x39mm caliber are also available, mostly from eastern European manufacturers such as CZ, although many Western companies (eg. the Italian Sabatti firm) also diversified their product line in this direction.

The 7,62x39mm round is not exactly the best thing available out there when it comes to intrinsic accuracy, although its features are more than sufficient for mid-range engagements − so to speak, up to 100 metres. There's no point in attempting a longer-range shot with a 7,62x39mm caliber firearm, as the caliber lacks the necessary terminal energy that would make it viable for large-sized targets on long distances.

Hunting-wise, the 7,62x39mm caliber can be considered a viable option for mid-sized preys − let's say, the size of a roe at the most − on ranges not exceeding 150 metres. It is definitely not an option for bigger game, as its terminal performance would be lackluster at best, not sufficient to guarantee a first-shot clean kill.

From the archives of all4shooters.com
The Ruger Mini-30 semiautomatic carbine − hereby shown in the 5801 stainless variant with a black synthetic stock − is one of the very few non-military-style modern firearms chambered for the 7,62x39mm cartridge

Despite this, it has gained some degree of popularity in Europe with semi-automatic rifles used for battue hog hunting, and in north America − more specifically, in the United States − it is even more popular for varmint hunt and population control of small preys such as foxes, Coyotes, and other pests. 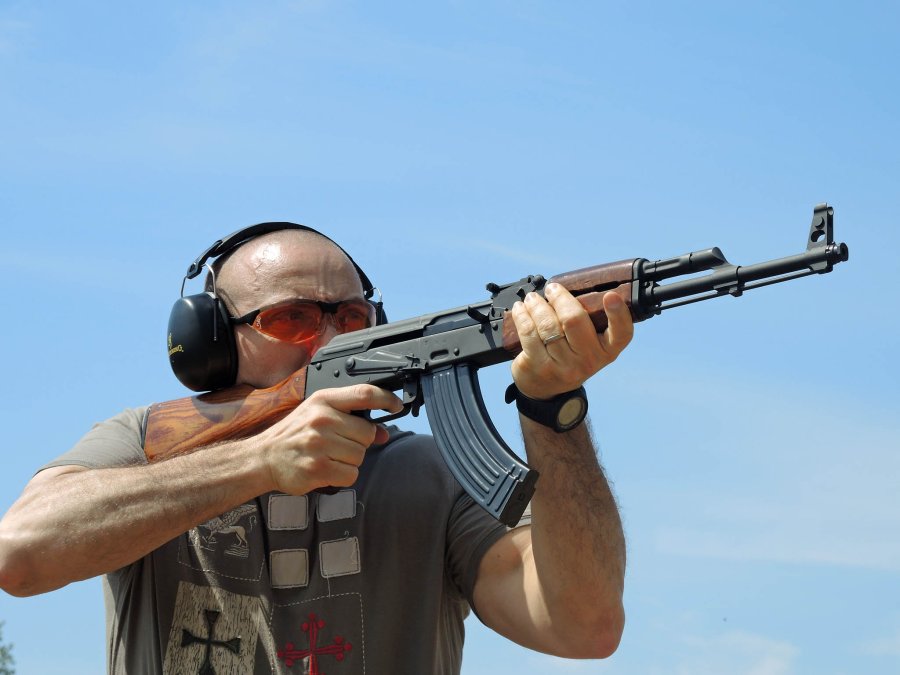 From the archives of all4shooters.com
The typical civilian fields of use for the 7,62x39mm caliber − and the firearms chambered for it − include hunting and sport shooting

The recoil of the 7,62x39mm caliber is minimal, making it very pleasurable to use for target practice and sporting or recreational shooting as it won't cause any stress or fatigue. Handloading is simple, and definitely a viable option since reloading component are cheaply available in high quantities on the market.

Both the 7,62x39mm and the 7,62x54R are indicated with an incorrect metric denomination − according to which their balls would have a 7,62mm diameter (that being, a .308 caliber) while actually they're both just a little bit wider, more specifically .310" in diameter. Handloaders should always keep that in mind.

Several sources would compare the 7,62x39mm to the old .30-30 Winchester hunting round when it comes to ballistic performances. That couldn't be less true: these two calibers are deeply different, as the 7,62x39mm was conceived with warfare in mind while the .30-30 Winchester was designed as a hunting cartridge right from the very get go; furthermore, the range of available bullet weighs is higher for the "old" .30-30 Winchester, making it somehow more versatile than 7,62x39mm.

Some old 7,62x39mm caliber military rounds were loaded with unbalanced-weight bullets that would tumble upon impact, causing wider wound channels and vast devastation on the target.

Some reloading data for the 7,62x39mm caliber