The .308 Winchester and 7,62x51mm calibers are probably the best intermediate caliber cartridge currently available on the market: a great ballistic platform, offering equilibrium and high accuracy

A contribution from Alberto Balestrieri 06/25/2015

Up until very recent times, the 7,62x51mm or .308 Winchester caliber was the world's most popular military service round; it represented the first attempt to reduce the U.S. service .30-06 Springfield cartridge to a more compact size, but unlike what the Soviets did with the 7,62x39mm caliber − and unlike what the Germans did before that with the 8x33mm "Kurz" cartridge − the U.S. didn't fully embrace the intermediate cartridge philosophy: what they did was to merely shorten the .30-06 round a little bit while retaining more or less its original performance levels.

The debut of the .308 Winchester ammunition was somewhat unique for being a military cartridge, in that it wasn't developed in a military arsenal and was offered for civilian sales before the military would show any interest about it. 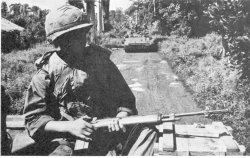 From the archives of all4shooters.com
An M14 7,62x51mm caliber battle rifle, equipped with an ART/Leatherwood riflescope

The Frankford Arsenal had been trying to shorten the .30-06 Springfield round for quite some time, but the process was slow-paced and had been returning meager results; it didn't take much for the Winchester Ammunition company to fully understand the potential of this caliber, launching it commercially in 1952.

The evolution in quality of propellant powder mixtures allowed this new round to offer basically the same performance of the old .30-06 Springfield cartridge despite the more compact dimensions; the U.S. military was immediately appealed by the new Winchester .308 caliber, and it was adopted in 1953 as the "U.S., Ball Cartridge, T65".

It was immediately well received by military users and civilian customers alike, and became appreciated and successful basically in any field of application. 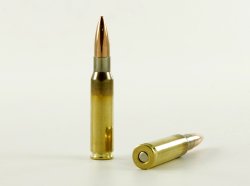 all4shooters.com
A round of .308 Winchester ammunition: hereby portrayed is a Lapua Scenar round conceived for long-range shooting, loaded with a 167 grains HPBT ball

Military operators found the 7,62x51mm/.308 Winchester to be an excellent caliber, more compact than .30-06 Springfield and, unlike it, well controllable when used in full-auto mode on general-purposes machineguns, as well as extremely accurate on individual infantry weapons and less prone to jammings, as its shorter case allows its use in firearm designs based on a short-travel bolt.

On the civilian market, basically every gunmaker started to produce rifles and carbines chambered for the .308 caliber very soon after its introduction; it also debuted on lever-action rifles, a type of firearms which is extremely popular on the U.S. market but less than adequate to this kind of ammunition.

Bench-Rest sport shooters were soon greatly impressed by the high level of intrinsic accuracy of this caliber − quite possibly its best known quality − and by the fact that it could be further improved by well-calculated hand loads; this also contributed to turn .308 Winchester / 7,62x51mm into the most popular caliber in long-range precision shooting sports − a position it held for years, before several specific chamberings were launched on the market.

The .308 / 7,62x51mm caliber is also one of the backbones of the ammunition market, with basically all manufacturers offering a plethora of variants, both by quantity and quality, although precision shooting loads are generally preferred. The reloading components industry is likewise highly engaged in the manufacture of .30-caliber dedicated supplies, most notably offering balls in any and all sizes and weights, and for any purpose.

The .308 Winchester / 7,62x51mm is a great big game hunting round, albeit not just as versatile as its forerunner, the .30-06 Springfield round; its compact size, good power and excellent accuracy make it a perfect choice on any mid-to-big size prey, and most of all, make it suitable for use on short-action rifles and carbines.

Oddly enough, it is not a popular choice for battue hog hunt, at least in Europe; it would indeed be more apt for the role than the above-mentioned .30-06 Springfield, but at the same time it's more popular than the latter in selective hunting and target shooting specialties. The .308 Winchester / 7,62x51mm caliber is best loaded with bullets ranging between 150 and 165 grains in weight, but 180-grains loads remain well manageable despite being at the edge of this caliber's limits; some users still find it proficient even with 200-grains balls.

It is extremely easy to reload; hand reloading can indeed boost the intrinsic potential of .308/7,62mm, allowing the preparation of extremely high accurate and versatile loads offering performance levels that are mostly unthinkable for calibers other than .30 − more than enough to stalk the most popular mid-sized and heavy game available in Europe. Its trajectory is not exactly the flattest, but drop compensation becomes very easy with little practice even when taking the most difficult shots. Recoil is very controllable and won't scare the shooter, allowing him or her to focus on the target rathern than on the recoil energy. 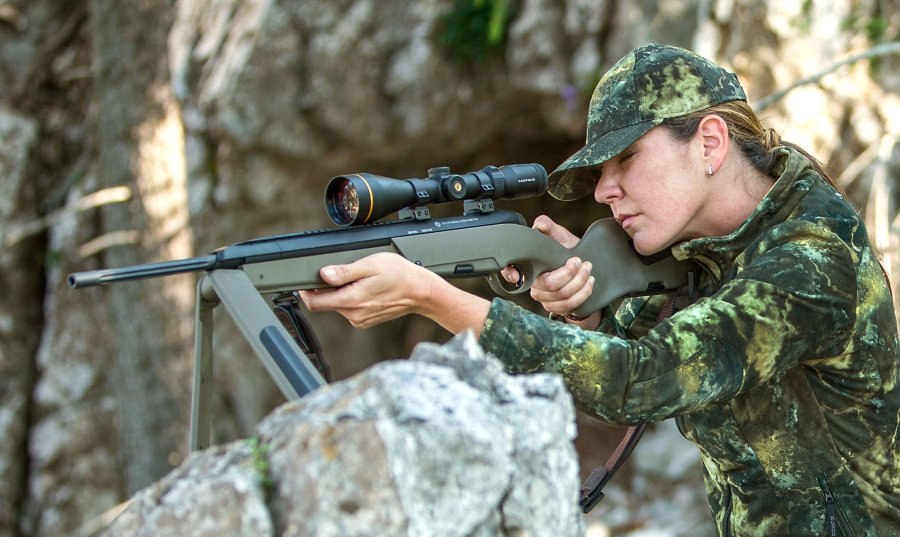 Ernst Kainerstorfer, photographer
Originally available only in a .308 Winchester/7,62x51mm caliber variant, the compact Steyr-Mannlicher Scout bolt-action carbine follows the indications and philosophy of colonel Jeff Cooper, and is now available in popular chamberings such as .223 Remington/5,56x45mm, .243 Winchester, .376 Steyr and 7mm-08 Remington

Military surplus ammunition or spent cases for this caliber are very easy to find on the market, but their use is not indicated for anything much than training at the range, and military surplus spent cases may be less than ideal to use for the hand loading of hunting-oriented rounds: they're harder, thicker and sturdier, and thus heavier; they also provide a lower propellant capacity. The weight of cases should always be checked before reloading and compared with the weight of commercial cases; some times it may be necessary to reduce the propellant quantity of about 10%.

The U.S. Armed Forces replaced the .308 Winchester / 7,62x51mm round in general issue with the new 5,56x45mm / .223 Remington round when the Department of Defense decided to fully embrace the "intermediate cartridge" philosophy for individual infantry weapons, in 1964. 7,62x51mm still remains in service for several purposes, and is making a comeback in roles from which it has been phased out due to the resparked demand for increased range, accuracy, penetration and stopping power in certain situations on the modern theatres of operation.

A minority of historians trace the origins of the .308 Winchester round back to the Italian 7,35x51mm Carcano cartridge rather than to .30-06 Springfield, maybe due to the overall case lenght.

Subscribe to the Newsletter
This article is also available in this language:
DEIT
Click here for more information on the topics:
Ammunition.308 Winchester7,62 mm NATOBolt-action riflesHuntingLong range shootingMilitary firearmsSemiautomatic riflesSport ShootingWild boar
That might interest you too: