A contribution from Alberto Balestrieri − translated by Pierangelo Tendas05/14/2015

Although Americans boasted for a long time how their .30-06 Springfield issue ammunition was a "new" and "absolutely original" round, it is actually nothing more than a slightly lenghtened an 8mm Mauser (792x57mm) round − more precisely, 5mm longer − loaded with a quintessentially American .30-caliber (7,62mm) ball. 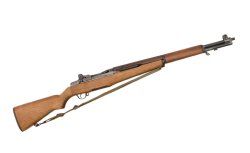 all4shooters.com
The .30-06 Springfield caliber M1 Garand semi-automatic service rifle was used by U.S. troops in World War 2 and in the Korean War

Just like 8mm Mauser, the .30-06 Springfield caliber evolved to its current form through a lengthy modification process, spawning from a progenitor − the .30-03 round − that featured a slightly longer case neck and was loaded with a round-tip 220-grains ball.

Military engineers quickly realized how the original .30-06 was hardly an "improvement" over the .30-40 Krag round it was meant to phase out; they refined the project by shortening down the case and by following the German steps by loading it with a lighter (150-grans) "Spitzer" tipped bullet. 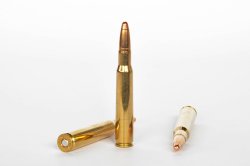 That's, in short, how the .30-06 Springfield cartridge − officially the “Caliber .30 ball cartridge, model of 1906” − was born. It served in both world wars, earning a steady reputation as a good performer; following the conflicts, the amount of military surplus ammunition made available to civilian customers provided the grounds for the explosion of this cartridge's popularity as a hunting and sports shooting platform.

Dimensionally known as the 7,62x63mm, the .30-06 Springfield is a jolly little old lady, well over 100-years old now, but it's more popular than ever, and just as effective. No hunting gun or ammunition manufacturer can afford to leave .30-06 Springfield out of its catalogue.

Capable to provide top-notch performances with balls ranging between 130 and 200 grains in weights, it can be used for a plethora of hunting specialties; provided the wide array of loads and reloading components available on the market for the .30-06 Springfield − probably the widest choice in the .30-caliber segment − it's hard to find a better monicker for this cartridge than "the world's most versatile ammunition". As of today, .30-06 Springfield remains a well-established milestone in the comparaison of weapon and ammunition platforms, given its undeniable set of qualities.

The .30-06 Springfield is also one of the very few calibers available for basically all civilian gun designs, from Kipplaufs to semi-automatic rifles, from bolt-action down to express rifles; it is even not totally out of commission when it comes to military purposes, as many old rifles chambered for the .30-06 Springfield round are still kept in governmental reserve stocks around the world.

The .30-06 Springfield round is one of the first choices when it comes to boar hunting; European battue hunters, in particular, seem to easily fall prey of the sense of solidity and sheer power provided by the long case of this .30-caliber cartridge.

Its success in the selective hunting field is instead mediocre, at least when it comes to the European hunting grounds; although it would indeed be a solid performer, selection hunters prefer lighter, faster rounds; it's a shame, since the wide array of bullet weighs available for the .30-06 Springfield would allow this all-rounder to give most of its competitors a run for their money in this field.

A high caliber round, the .30-06 Springfield can be used on mid-sized and big game − basically on everything other than pachyderms and large buffalos. As the "national cartridge" of the United States, it is the most widely sold and... reloaded on the other side of the big pond, and basically used on "everything that moves" (and on many targets that don't, given how popular it is for competition shooting). The .30-06 Caliber round provides the best performance when loaded with balls ranging between 150 and 180 grains in weight; it will also provide acceptable results with 220-grain bullets, although you'd basically be at its maximum threshold there. A .30-06 Springfield, 150-grains round can develop muzzle velocities ranging around 850 metres-per-second, with a power factor of about 400 kilograms/meter.

Although not conceived as a "sniper" round, it is a solid performer even on long ranges when used with balls ranging between 150 and 180 grams in weight, particularly when it's aptly hand-loaded. Just like most old military calibers, the .30-06 Springfield doesn't offer the flattest of trajectories, but it is easy to manage − and so is its recoil.

all4shooters.com
The Sako 85 Hunter bolt-action rifle is chambered for the .30-06 Springfield rifle

The .30-06 Springfield was Ernest Hemingway's caliber of choice for whenever he decided to take a break from his writing and journalism occupations to dedicate himself to big game hunting in the vast African plains (with less than commendable results, as it would seem).

The Winchester Model 70 bolt-action rifle used by U.S. Marine Corps sniper Carlos Norman Hathcock was in .30-06 caliber as well. During its numerous missions in Vietnam he scored 93 confirmed kills, including a 2500-yards hit achieved with a modified .50-caliber Browning M2 machine-gun. 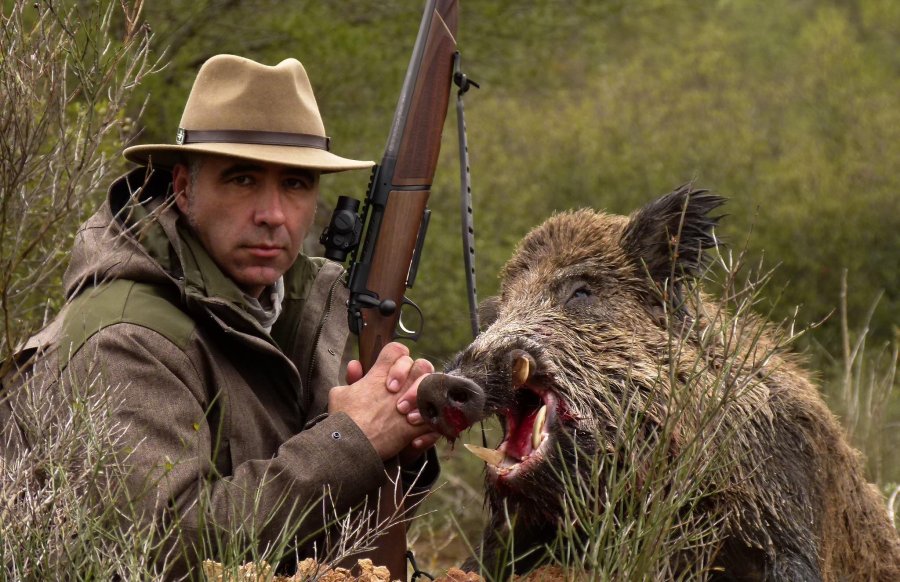 Some reloading data for the .30-06 Springfield caliber

Subscribe to the Newsletter
This article is also available in this language:
DEIT
Click here for more information on the topics:
Ammunition.30-06 SpringfieldBolt-action riflesHuntingHunting RiflesSemiautomatic riflesSporting riflesSport ShootingUngulateWild boar
That might interest you too: