Besides many other firearms, we have also included a review of the MERKEL RX.Helix Alpinist in the bolt-action hunting rifles category. 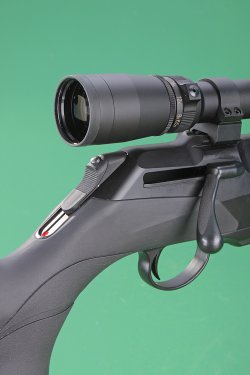 MERKEL RX.Helix Alpinist: the manual cocking system is released by pressing the button – it’s best to leave the thumb on the button so that the hammer locks quietly.

MERKEL in Suhl is among the companies that have perfected the bolt-action principle for the 21st century. Its RX.Helix model was released in 2010 with a special transmission for extremely short straight pull action. Here, the backward slanted bolt handle, designed to meet modern standards of ergonomic handling, only travels half the distance completed by the action and its six-lug rotating bolt.

The idea: the movement needs to be absolutely linear to prevent the shooter’s eye from drifting off-target. To ensure this happens, the rotating bolt runs along a helical groove and therefore performs a spiral movement. This is what gave the weapon than its name ‘Helix’ (the ‘R’ stands for repeater and ‘X’ is the Latin numeral for 10, the year of its launch).

The trick: the breech remains in the weapon and does not move out of the receiver toward the pupil.

The breech is sealed to the rear to prevent soiling and provide an additional degree of safety. Models are available in all standard calibers, from .222 Rem. to .300 WinMag, as well as with wooden stock or even an ‘Alpinist’ with Explorer polymer stock and a height-adjustable cheek rest.

We reviewed various HELIX models. A noticeable feature of the Alpinist: the forearm could be a tad thicker. It takes a bit of practice to flip the manual cocking device to ‘Fire’ without creating noise. Stripping and mounting the clamped barrel using the takedown device was easy, but may shift shot accuracy. What else? Solid cycling, crisp trigger, fantastic group sizes. And: “the rifle is pretty handy!”

The MERKEL RX.Helix Alpinist is everything one might expect of a good hunting rifle, but less-suited for sport, law enforcement or tactical purposes.

Data of the MERKEL RX.Helix Alpinist

Remarks: Group size = five-shot groups, shot in a seated position using a bench rest at a distance of 100 m, expressed in millimeters, measured from bullet hole center to bullet hole center. Values in parentheses after elimination of one outlier.

Rating for the MERKEL RX.Helix Alpinist

Summary of the MERKEL RX.Helix Alpinist

The RX.Helix has the fastest bolt-action – and that alone makes it stand out from the crowd. The Alpinist for hunting also comes with a modern stock: it’s a good one.

Subscribe to the Newsletter
This article is also available in this language:
DE
Click here for more information on the topics:
MerkelBolt-action riflesHuntingHunting RiflesRifles
That might interest you too: 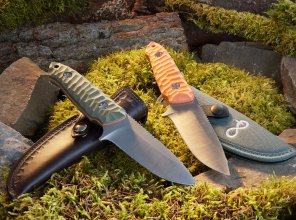 merkel08/04/2021MerkelGEAR G10: the fixed hunting knives from Merkel in a practical test

MerkelGEAR offers products specifically designed for hunting – including its own line of knives. Our knife expert Matthias S. Recktenwald took a closer look at two versions of a fixed model called G10 and describes here his impressions. 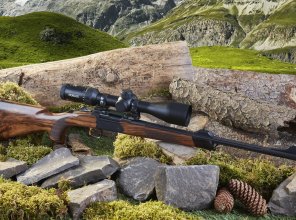 Break-barrel rifles from Merkel go by the name K5. The slim firearms with tilting breech block are offered in different variants. For the test, the German gunmaker sent the Black/Extreme version with a ladies' stock in .308 Winchester caliber. 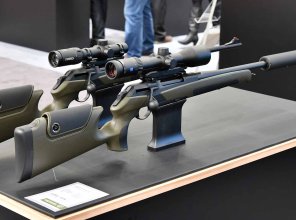 IWA2018 / New from Merkel: Helix Speedster. A new model is added to the large Helix family, one of the best hunting rifle series on the international market today: it's German, beautiful, fast and accurate. 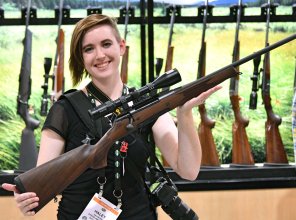 SHOT Show 2017: After unveiling the prototype in December 2016, Merkel USA now presents the final version of its dedicated bolt-action hunting rifle MHR 16 to the American Public. 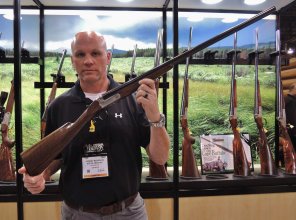 SHOT Show 2016 / New from Merkel: the 40E shotgun is a field-grade side-by-side shotgun