Optimized for price and performance, the Conquest DL optics are designed for specific uses. We tested the ZEISS Conquest DL 2-8x42 rifle scope for hunting.

The ZEISS rifle scopes in the Conquest DL series are described as price/performance-optimized optics. All of them have a few common features: They are designed for a specific purpose, offer almost the same quality as the high-end devices, but are slightly pared down in terms of performance.

The riflescope submitted for review “only” has 4x zoom ratio instead of today’s standard 8x. The scope’s engineering was also significantly simpler than one would encounter in a premium riflescope. Slight color fringing, a not entirely flat image and a distinct lack of edge sharpness – unusual for ZEISS products – were additional signs that the company had accepted deliberate compromises in terms of performance. It’s a fine line – but the drawbacks are never so risky that they would limit the model’s intended use. Another factor that reduces the cost is the limited number of available versions.

The Wetzlar-based optometrists have made just one version of the Zeiss Conquest with illumination and another without – and that was it. This is a good way to save plenty of money in logistics and warehousing, and it will ultimately benefit the customers as well. Aside from the items mentioned earlier, the image quality is very good (-4 points in total). A very slight yellow tinge (-1 P) and somewhat reduced resolution in the black areas (-1 P) can be considered normal. At 92.0% during the day and 90.4% at night, the transmission values are a truly outstanding result. The width of the field of view (16.34m up to 2x magnification) is not fantastic, but good (-2P). The 60 reticle with illuminated dot is a modification of the well-known 4A. Positioned precisely in the center of the crosshairs, the illuminated dot possesses a sensitive dimming feature to enable adequate adjustment during daylight and in the gathering dark.

A small amount of dirt became detached and entered the optics of this riflescope during the shock and shooting capability test (-1 P), although this did not displace the point of impact. The mechanical systems are consistently and suitably smooth. The manufacturer also adhered to the dimensions, as confirmed by the VISIER review. The controls are designed and arranged sensibly. The battery for the illuminated reticle can be replaced without tools or other aids. The workmanship is good. It’s hard to believe that a riflescope like the Zeiss model Conquest DL 2-8 x 42 can even be manufactured in Germany at a retail price just under 1,200 euros. Last but not least, it is important to mention the riflescope’s easily understandable, extensive, and perfectly illustrated operating instructions. Unfortunately, the target coverage can only be found on the Internet (-1 P). Optimized for price/performance ratio, this riflescope records a shooting result of 90 points, placing it firmly among those that truly deserve an “Excellent” rating.

Read more about ZEISS at all4shooters.com or the ZEISS website.

Subscribe to the Newsletter
This article is also available in this language:
DEIT
Click here for more information on the topics:
ZeissCarl Zeiss Sports OpticsHunting RiflesOpticsRiflescopes
That might interest you too: 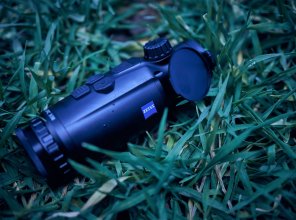 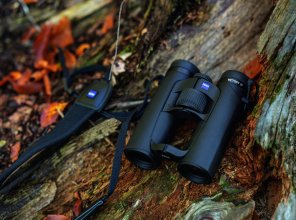 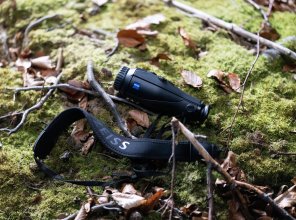 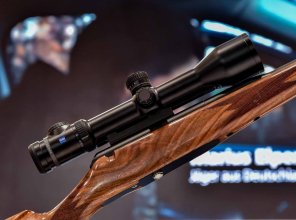 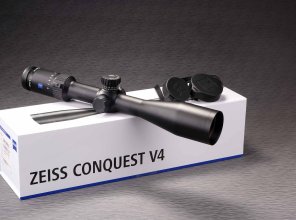 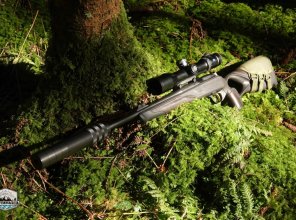 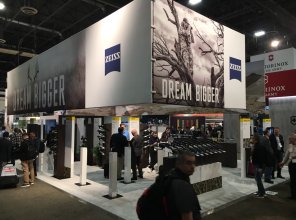 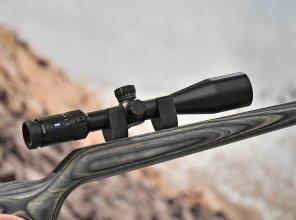