Weatherby introduces the 338 WBY RPM Cartridge. The big-game killing power of magnum ammunition in a standard-length rifle action: the latest addition to Weatherby list of ultra-high velocity, magnum cartridges is ideal for elk, bear and moose. Here are the details incl. ballistic data.

A contribution from Piergiorgio Molinari08/07/2022

An ideal backcountry large game round designed for North America’s biggest game, including elk, bear and moose: Weatherby adds the new .338 Weatherby Rebated Precision Magnum (338 WBY RPM) to its pretty long list of ultra-high velocity, magnum cartridges that already includes classics such as the .300 Weatherby Magnum, .340 Weatherby Magnum and the .270 Weatherby Magnum. After being accepted by SAAMI a few months ago, the 338 WBY RPM is finally available, together with the new rifles chambered in it. “I am excited to announce the second cartridge in the Weatherby RPM family. It was a long time coming due to demand and supply chain delays, but I believe it will be worth the wait!”, says Adam Weatherby.

The .338 WBY RPM is offered in four bullet options.

The RPM case was purpose built for the smaller Mark V six-lug action to offer magnum performance in a lightweight package, and “upon the launch of the 6.5 WBY RPM in 2019, we began to dream of what could be next in the RPM family. Having successfully launched a 5 lb rifle in a 6.5 caliber magnum cartridge, I began to imagine what it would be like if we had a big bore option that could fit in the same Weatherby Mark V 6 lug action”.

“I am truly honored to be able to carry on my grandfather’s legacy of cartridge development and rifle building. The pairing of this new cartridge with our latest rifles reminds me of one of his old slogans that said 'Tomorrow’s Rifles Today.' I only wish he could be here to see the innovation and development that our amazing Sheridan-based team is able to accomplish,” concludes Adam Weatherby.

Subscribe to the Newsletter
This article is also available in this language:
IT
Click here for more information on the topics:
WeatherbyHuntingAmmunition
That might interest you too: 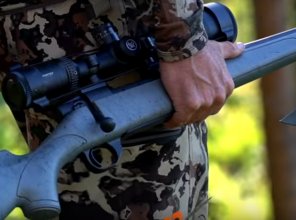 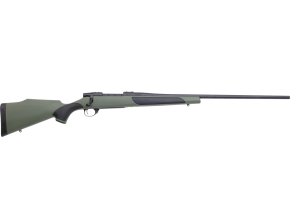 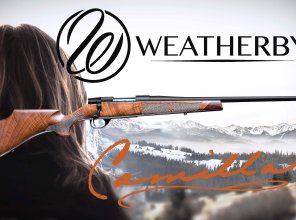 weatherby05/18/2016Weatherby Vanguard Camilla, a hunting rifle from women, for women 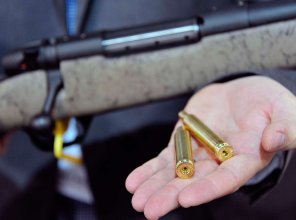